WARNINGS: Psychiatric disorders: Accutane may cause depression, psychosis and, rarely, suicidal ideation, suicide attempts, suicide, and aggressive and/or violent behaviors. Discontinuation of Accutane therapy may be insufficient; further evaluation may be necessary. 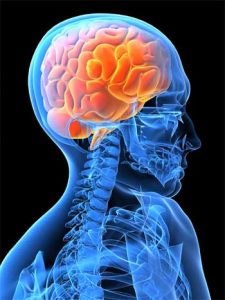 Since 1982 the FDA has reported 173 cases of suicide amongst users of Accutane. Though this number may be surprisingly high, in actuality it is most likely a low estimate. The FDA estimates that only 1% of the adverse suicides are reported. Thus putting the number of Accutane related suicides as high as possibly 20,000.

As early as February 1985 Suicide and depression came to the attention of the FDA as possible side effects of the drug. There was a case of suicide reported where the patient had no history of depression. Physicians have been told that simply terminating Accutane treatment might not adequately treat psychiatric disorders and that patients may require additional psychiatric therapy.

It has been reported that some patients, during treatment with Accutane or soon after completing treatment, have experienced depression or other serious mental problems. Symptoms of these problems include:

Notify your physician immediately if you experience any of the following symptoms: